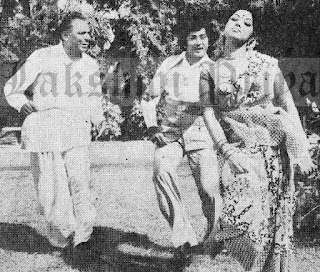 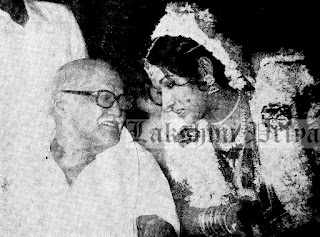 Actress Vanisree got married to Doctor Karunakaran who was studying for his M.S and working at the Madras General hospital, at the Vadapalani Subrahmaneswara Temple in Madras on February 28, 1979 at 11:52p.m . It was done secretly with only industry people in the know how but still more than 2000 fans came to know and thronged the temple...Both of them came to the temple in the same car. She wore a bright kanakambaram color saree and jewels while he looked very handsome on white traditional wear. as soon as they arrived Shavukaru janaki & Director K S Prakash Rao greeted them . The marriage was done in a traditional way with K S Prakash Rao keeping vigil about the muhurtam. As soon as he gave the signal , the groom tied the mangala Sutram with Lakshmirajyam being the mother figure and guiding behind. The mantras read that day had her name as Aruna Kumari & Not Vanisree. Vanisree showed extreme enthusiasm in pouring the Talambraalu on the groonm who remaine
Post a Comment
Read more
October 02, 2019 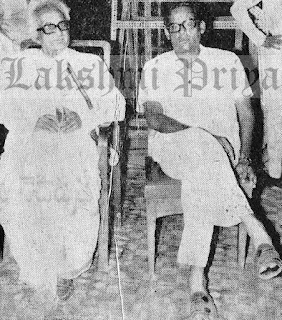 Pic 1 Devulapalli Krishna Shastri with producer Navata Krishnam Raju on the muhurtam day of the film America Ammayi - 1976 Pic 2 is the great Cinematographer Balu Mahendra with the hero Sridhar during the maing of this film Pic 3 is French actress Annick Chaymotty rechristened as Devayani for this film with producer Navata Krishnam Raju & Director Singeetam Srinivasa Rao during the Making of this film  Krishna.  She was learning Kuchipudi dance from  Vempati Chinna Satyam at that time.  Shastri garu wrote the hit song " Paadana Telugu pata" sung by P Suseela and composed by G K Venkatesh . Gollapudi Maruti Rao wrote the dialogues for this film. He gave a complete make over to this tamil original Melnaattu Marumagal   and it was more hit in telugu than in Tamil. My dad's fave dialogue in this film was Kanta Rao saying even I want an America Ammayi as my daughter in law....
Post a Comment
Read more
September 28, 2019 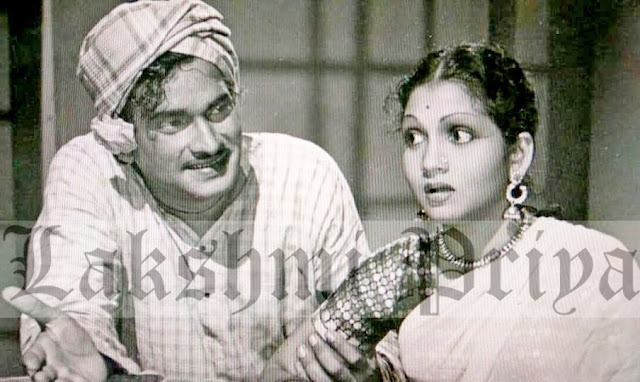 Mukkamala & Anjali Devi as the lead pair in Nirdoshi - 1951 in Telugu and titled as Niraparadhi in Tamil .   H. M. Reddi, the ‘Grand Old Man Of South Indian Cinema’, produced and directed Niraparadhi in Tamil and Telugu. Lawyer-turned-actor Krishnamurthi who was active in Telugu cinema for a while and also tried his hand at direction without much success, played the hero, a barrister. is a long and complicated story, moving from the city to the countryside, in which Anjali Devi plays a double role — that of the heroine and a stage actress of questionable morals. The villain (Prabhakar Rao) is a rural Shylock who cheats folks to make money. There is also a vamp (G. Varalakshmi) to complicate matters. The resemblance of the good-natured heroine to the stage actress creates considerable misunderstanding between the educated hero and the docile heroine. Expectedly, the villain exploits the situation. However, all is well that ends well and true love triumphs. Anja
Post a Comment
Read more
September 24, 2019 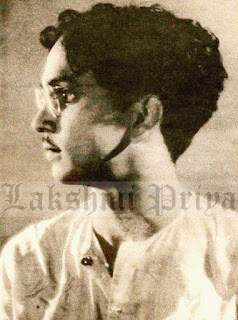 First make up still of ANR taken in 1948 to check wether he would look good even in social pictures. By then he was a hit leading man in Folk stories and this still made him act for the first time in Samsaram - 1950
Post a Comment
Read more
September 24, 2019 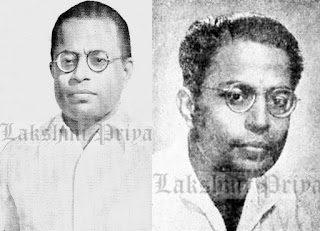 Genius Cinematographer K RAMNOTH in 1954 in the 1st pic [ just 2 years before his tragic and untimely death at the age of 42 years  ] and in 1951 in the 2nd pic  - He was born in 1912 at Pujapura, Trivandrum . After passing his Bachelor degree, he arrived in Madras in search of a career. He started as a trainee in development and printing department in  Kodak  in 1932. While he was working there, he wrote articles on the subject of photography for various publications. He sent one such article to a publication called Sound and Shadow . This publication was owned jointly by Muthuswami Iyer and A. K. Sekhar (Muthuswami Iyer later directed films under his pen name Murugadasa and A. K. Sekhar became an art director.) This article led Ramnoth to join these two after he quit working in Kodak. The reason being that motion pictures and film making always fascinated him. He anyway was toying with an idea of joining film makers enthusiastic about making talkies in Madras.A breakthrough came
1 comment
Read more
September 22, 2019 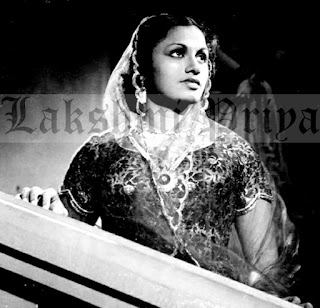 An original photo of South India's first Drem Girl T R Rajakumari in Gemini's S S Vasan film Chandraleka - 1948. See her in the dance in the link below .....One of the best post song melodies of all times....Hail composer S Rajeswara Rao.... https://youtu.be/XeFFvFt1VCg?t=142
Post a Comment
Read more
More posts

Lakshmi Priya
I am a sensitive person with a deep sense of humor. I love only two types of people. Those who can laugh and those who make me laugh. I am into vintage films and music right from childhood. I observed and absorbed a lot from my father who himself was a good collector of filmy memorabilia. An avid book reader I choose to call myself a student throughout my life. Though a university gold medallist from Osmania University in M.Sc Zoology, I went on to do my M.B.A from the same university and taught marketing in a business school. I am currently running music groups on the Facebook much to the delight of vintage fans as they continue to enjoy my posts of old films, songs and information.